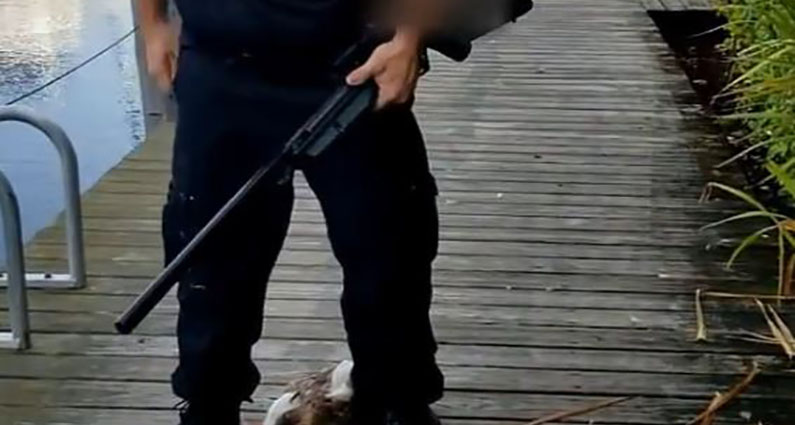 (Kissimmee) – If you donated to the upcoming Bahia Shriners Circus in response to a phone call, the organization you were trying to help will likely receive only a small portion of your money.

Apopka’s Bahia Shriners use a for-profit telemarketing firm to sell tickets and sponsorships for children with special needs to attend the Shriners Circus at the Silver Spurs Arena in Kissimmee, May 4-5.

“Donors would be shocked to learn that a telemarketing firm pockets 75 cents of every dollar given to support the Bahia Shriners Circus,” said Nick Atwood, Campaigns Coordinator for the Animal Rights Foundation of Florida (ARFF). “If you receive a call asking you to purchase tickets to send children to the upcoming Shrine Circus, you could ask the caller how much of your donation will actually go to the charity. But the best thing to do may be to just hang up.”

ARFF would also like to point out that the Shriners Circus doesn’t raise one penny for Shriners Hospitals. Circusgoers are often misled into believing that proceeds from the circus benefit hospitals. The Shriners Hospitals for Children is a legally and financially separate organization from local Shrine temples. The small print on Shrine circus tickets make it clear that proceeds from the circus fund temple activities, not the hospitals (tickets are not considered charitable contributions). The best way to help the Shriners Hospitals for Children is to donate directly to the hospital.

(Silver Springs, FL) — A new study of the potential dangers of wild monkeys living in Silver Springs State Park, and the resulting media coverage, was unnecessarily alarmist and overstated the dangers of herpes B virus transmission from monkeys to humans. That is the conclusion of a veterinarian with decades of experience working with primates, after reviewing the study.

“I do not agree that the Silver Springs rhesus macaques pose a serious threat to human health and safety,” said Nedim Buyukmihci, V.M.D., Emeritus Professor of Veterinary Medicine at the University of California-Davis, in a statement. “There was no need to alarm the public about the rhesus macaque situation and calls to eradicate the monkeys are misguided and irresponsible in my view.”

In his statement, Dr. Buyukmihci suggests that any effort to trap and remove the monkeys in the park may make the problem worse: “the stress of being hunted is likely to be counterproductive in that monkeys with latent infections may become infectious due to stress.”

The Animal Rights Foundation of Florida (ARFF) is calling on the Florida Park Service and the Florida Fish & Wildlife Conservation Commission to halt any plans to use lethal methods to reduce the monkey population in Silver Springs State Park.

“The new study is an important reminder that the monkeys who live along the Silver River are wild animals, and like all wild animals, can be dangerous. But the study does not make the case for lethal control of the monkeys in Silver Springs State Park,” said Nick Atwood, ARFF Campaigns Coordinator. “The best way to protect the public from potential harm is to improve public education about the need to avoid interactions with monkeys in the park, and to strictly enforce rules against feeding or harassing monkeys.”

In October 2013, after two years of campaigning, the Animal Rights Foundation of Florida celebrated when the Florida Park Service announced that it would no longer allow a trapper to remove wild monkeys from Silver Springs State Park for sale to laboratories. (Between 1998-2012, approx. 800 monkeys were trapped and removed.) At the time, the Florida Park Service said that it would explore alternative methods of reducing the monkey population at the park.