On April 14, Everglades Wonder Gardens, a roadside zoo in Bonita Springs, announced that it would close and the property and animals sold. Early the next morning, a local resident, Steven Trew, broke into the zoo, cut the locks on almost every cage and opened perimeter gates. Deer, wild pigs and birds escaped from their cages. Tragically, one deer was killed in a collision with a vehicle on a nearby road. The other animals were recaptured. Trew was arrested on the property and charged with burglary and “animal enterprise disruption.” A zoo employee told the News-Press that Trew, “heard we were closing and he wanted to set the animals free.”

On June 25, Trew pled “no contest” to both counts and was sentenced to time served (he had been held at the Lee County Jail since his arrest), probation, community service and restitution. He was released from jail on July 6.

A special class of crimes

To our knowledge, Trew’s animal enterprise disruption conviction was the first under the Florida Animal Enterprise Protection Act.

The Florida Animal Enterprise Protection Act (828.40 – 43) was passed in 1993. Under the Act, a person who “intentionally causes physical disruption” to an animal enterprise by stealing, damaging or “causing the loss of” animals or other property, and thereby causing “loss of profits” or other economic damage, commits a felony. “Animal enterprise” includes zoos, circuses, research facilities, farms or any other “commercial or academic enterprise that uses animals.”

The Act, passed at the request of biomedical, agriculture and other industries that exploit animals, was modeled after the federal Animal Enterprise Protection Act (the federal law was passed by Congress in 1992 and expanded/replaced in 2006 by the Animal Enterprise Terrorism Act). At least 27 other states have enacted similar laws.

The laws have been criticized as unnecessary, vague, overly broad, and in violation of free speech and equal protection provisions of both the U.S. and state constitutions. Theft and vandalism were already illegal. The Florida Animal Enterprise Protection Act merely created new crimes targeted specifically at animal activists.

ARFF fears that these laws could discourage entirely lawful activities, such as protests and boycotts, that also threaten corporate profits.

*In April, a felony charge of animal enterprise disruption under the Florida Animal Enterprise Protection Act was dropped against activist Chris Lagergren. Lagergren was arrested in September 2011 for alleged trespassing and criminal mischief at the Marine Mammal Conservancy in Key Largo. His trial on remaining charges is scheduled to begin in late August. Click here to read more about the case.

Coyotes are beautiful, smart, highly adaptable, and misunderstood animals. But judging from media coverage of coyote sightings, it’s obvious that some people in Florida don’t appreciate the animals as we do. Fortunately, recent news articles have also included knowledgeable voices.

In an article this week in the Ocala Star Banner, Joy Hill, a spokesperson for the Florida Fish and Wildlife Conservation Commission (FWC), reminded readers that coyotes can be found in all 67 Florida counties and that although coyotes will prey on cats and dogs, such incidents are rare. She also explained that trying to eliminate coyotes isn’t the answer. “They’re here and they’re here to stay,” she said. “Efforts to eliminate them are not successful. They are real survivors.”

Sunday’s Orlando Sentinel featured an excellent Q&A about coyotes in Florida. In the article, Terry Doonan, an FWC biologist, reiterated the point that people should not look to trappers or the state wildlife agency for solutions to human-coyote conflicts. “People need to understand that there won’t be any ‘control’ of coyotes in the sense of managing where they occur, how many there are or how they behave. Coyotes are going to act like coyotes.”

Gary Morse, another FWC spokesperson, gave good advice about living with coyotes in an article last month in the North Fort Myers Neighbor. “The answer to the problem here is prevention,” he said. “Don’t let them become comfortable in and around human habitation. Pet food, bird seed, trash – don’t leave it out.”

Please contact ARFF if your city or homeowners association is considering hiring a trapper to kill coyotes. ARFF will work to encourage humane, proactive approaches to decrease negative encounters with coyotes.

Good news! The National Marine Fisheries Service announced this week that it has denied an application by the Georgia Aquarium to import 18 beluga whales from Russia. The aquarium had planned to send at least two of the whales to SeaWorld in Orlando.

Last October, ARFF asked people to submit comments against the ill-conceived and cruel plan. Thank you to everyone who contacted the National Marine Fisheries Service! 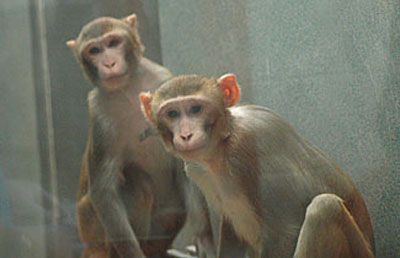